Create your character from Shinigami, Arrancar, Quincy, and Vizard Templates. Join us and create your own destiny in this new story.

You are not connected. Please login or register
Go to page :

Matsumoto laughed as she was recognized, it wasn't often that people didn't recognize her though. She nodded at Hasegawa and smiled, it appeared the area was clear of enemies finnaly.

"Well, Why don't you tell me what your doing here...And your name."

Matsumoto was slightly to confused as to what a random shinigami was doing here, and from the looks of it a low leveled one.
_________________
We stand in Awe of that Which Cannot be Seen
Guest

he sweatdropped at her a bit smiled a bit dont be Modest he added then as he heard her ask about what he was doing here his smile turned him down into a slight sad expression which he tried to hide.

umm... well thats he really didnt want to talk about it but hid his sadness and tried to smile back the best way possible i-its probably nothing but i really should head back to soul society now ehe he sweatdropped again at the though of what nii-sama though about his dissapearence or if he had noticed it at all, over all people would soon notice him missing and he didnt want to cause a rush over nothing, he bowed to matsumoto i would appreciate if yu would not tell anyone about this 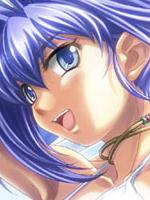 Tsubaki sheathed her Zanpakuto and relaxed a little but still kept her alert. Even though the area was cleared now, then it didn't mean that new enemies couldn't appear all of the sudden. Turning her gaze now on Shiro she sighed a little to herself. Ah so he was here without permission, it was kinda easy to notice since he was very stressed out and was literally squirming under Matsumoto's gaze.

He seemed though most stressed out by the fact that his brother, Kuchiki-taichou, might find out. But then why go out here alone in the first place? The human world wasn't something to be taken lightly, the hollows were always lurking and looking for new preys. She didn't say anything though, perhaps he had had some very good reason although that couldn't really be more important than his own life.

She noticed he wasn't badly hurt, seemed just with minor wounds and mostly tired out which was good. Did Tamaki know of his little trip here? Tsubaki noted to herself to ask her cousin when she got back home. Waiting on Matsumoto to decide what to do, Tsubaki simply stood there slightly to her side with an expressionless face, this was not something that did really concern her after all.
_________________ 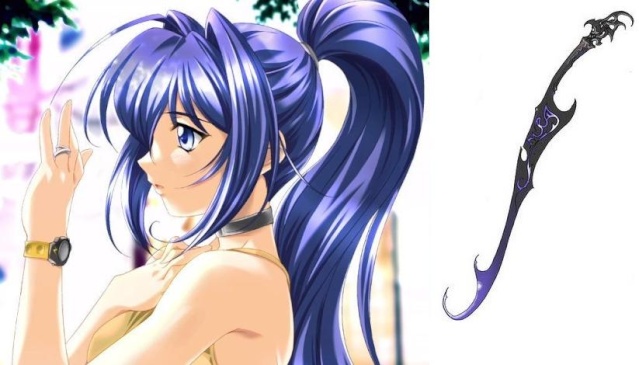 Matsumoto stretched and looked around. What to do, what to do. She looked over at the bustling town of Karakura and sighed.

Matsumoto was sure that Shiro could get back on his own. She took off running, hopping on random buildings scouting for random hollow. Matsumoto stopped as soon as she reached a small street that had no people in it.

Shiro sighed in relife it was a good thing he met matsumoto almost anyone else would have started questioning him about a lot of things he simply nodded before they both dissapeared into the distance, Shiro sheathed his sword and opened the senkai Gate then stepped trough back to soul society.
Ulquiorra Schiffer

three arrancars stepped out trough the portal though one of them split up pretty fast on her own duties, Ulquiorra and akane stood there alone quietly though akane was wearing the armband that made her invisible any other arrancars could still see her, this one in special was made for just arrancars, not even a quinchy could sense or see her.

Ulquiorra glanced around and could swear he felt something nearby but could not determinate its location or its user, he could tho feel several shinigami around one that was obviously hiding his reitsu rather than letting it flow freely, he might have been pretty high level that depends, but for now observing and analyzing would do.
Ulquiorra Schiffer

Ulquiorra along with akane sonidoed closer, he knew this feeling from before, but he could not quite remeber the name of his victim, after all he had memorized all the victims during his years as a hollow, well not really memorized but he could still remeber how they tasted the better the better he remebered them.

He could still see there faces before they vanished out of this world, that will be the last thing ill remember im sure when i die, he glanced over his shoulder for akane she was falling behind even if Ulquiorra was not moving in full speed, he slowed down a bit and they moved on.
Sponsored content